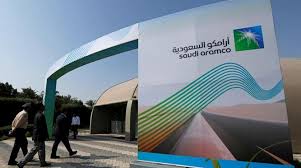 Abu Dhabi National Oil Company (ADNOC) announced today that, in partnership with Fertiglobe, it has sold its first cargo of blue ammonia to Itochu in Japan, for use in fertilizer production. The sale builds upon recently announced joint efforts to enhance industrial cooperation between the UAE and Japan and support the development of new UAE-Japan blue ammonia supply chains.

ADNOC has a long history of responsible operations and proactive carbon management. The company’s emissions intensity per barrel is amongst the lowest in the industry, and it was an early leader in implementing a zero routine flaring policy three decades ago. ADNOC is also an early pioneer in the emerging market for hydrogen and its carrier fuels, such as blue ammonia, driving the UAE’s leadership in creating international hydrogen value chains and a local hydrogen ecosystem.

Fertiglobe, a 58:42 partnership between OCI and ADNOC, will produce blue ammonia at its Fertil plant in the Ruwais Industrial Complex in Abu Dhabi for delivery to ADNOC’s customers in Japan. The shipments, which were sold at an attractive premium to grey ammonia, underscore the favorable economics for blue ammonia as an emerging source of low-carbon energy.

They represent the first production milestone of a planned scale-up of blue ammonia production capabilities in Abu Dhabi, which is expected to include a low-cost debottlenecking program at Fertil. In addition, it was announced in June that Fertiglobe will join ADNOC and ADQ as a partner in a new world-scale 1 million metric tons per annum blue ammonia project at TA’ZIZ in Ruwais, subject to regulatory approvals.