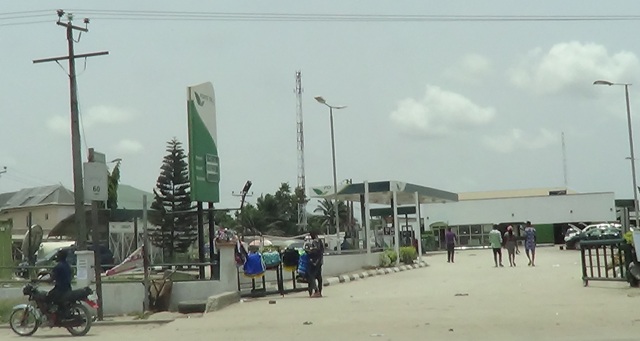 Saudi Aramco, raised its key Arab Light grade for customers in Asia by 60 cents from December to $3.30 a barrel above a benchmark, according to a Bloomberg report., Prices for the U.S. will go up by between 40 and 60 cents. Those for Europe, a relatively small market for Aramco, will be cut.

Air Liquide is preparing Benoît Potier’s succession within the Executive Management as of June 1, 2022, in conjunction with the implementation of a new governance structure Read More

Woodside CEO Meg O’Neill will present an update on Woodside’s strategy and value proposition in a virtual event on Wednesday, 8 December 2021, commencing at 12:30 AEDT / 09:30 AWST. The presentation will be followed by a question and answer session commencing at 13.30 AEDT /10.30 AWST.. Read More

Yokogawa Electric Corporation (TOKYO: 6841) announces it has acquired all of the outstanding shares of PXiSE Energy Solutions LLC., a San Diego-based developer of software that enables utilities and other grid operators to deliver reliable and stable power by managing renewables and distributed energy resources (DERs) in real time. Through this acquisition, Yokogawa will build on its capabilities in the monitoring and control of power generation facilities and assist customers in the power transmission and distribution sectors to meet their clean energy goals.

Renewable energy sources such as wind and solar PV are crucial for reducing greenhouse gas emissions, however the power generated is unpredictable as they are affected by the weather conditions. It also requires a much larger number of units distributed over a wider area to generate the same amount of power as a conventional power station. In addition, energy consumers themselves are becoming energy resources as they install solar power and battery storage systems. . Read More

BYD sold 97,242 passenger vehicles in November, increasing 84.1% YoY. In particular, the NEV sales reached 90,121 units, soaring 252.7% YoY, breaking a new record for the monthly sales of new energy passenger vehicles in China. BYD has secured sales growth for nine consecutive months since this March. By the end of November, the cumulative annual sales of BYD passenger vehicles topped 500,922 units, which greatly underscored its leadership in the NEV world. Read More

Dana Incorporated (NYSE: DAN) announced today that it was named one of “America’s Most Responsible Companies 2022” by Newsweek Magazine. The company has been named to the list every year since its inception, marking the third consecutive year for the honor. Dana was ranked 154 out of the 500 awarded companies and ranks fifth in the Automotive and Components category. Read More

Landfills are becoming prime real estate for solar farms, and one nonprofit believes the U.S. could increase the nation’s solar energy capacity by 63 gigawatts, or approximately 60%, simply by building solar farms on landfills. Solar firms are building these landfill solar farms all over the country, and while they present a bigger engineering and economic challenge then building one on flat ground, the appeal of refurbishing capped landfills and brownfields from their barren state into a new service for the community is deeply appealing. For example, Nexamp’s Solar Star Urbana Landfill community solar farm occupies nearly 40 acres on a capped landfill, meaning one that isn’t accepting solid waste and which has been “capped” with concrete or other material to block rain from seeping through to the decomposing waste below. Read More–>

Saudi Arabia expects its new transport and logistics strategy to generate SR550 billion ($150 billion) in investments by 2030 in areas such as public transport, railways, and airports expansion and development. The government would provide 35 percent of the needed investments, and the rest would come from private investors. The strategy would have multiple benefits on economic activities because it would connect many sectors, such as Hajj and tourism, as well as industries. Read More

The big news about solid state batteries has generally focussed on cars. Indeed solid-state batteries have the potential to utterly revolutionise electric vehicles overnight. According to Market Research Future the solid-state battery industry will be worth 4.3 billion US Dollars by 2027. Once they are an integral part of EV production you can wave goodbye to the combustion engine because electric cars will instantly become more practical and cheaper to run than the alternatives. Read More

The Trans Mountain pipeline has restarted following a three-week precautionary shutdown during a series of storms that battered southern British Columbia, causing extensive flooding and landslides. Trans Mountain Corp. says in a statement the pipeline was safely restarted Sunday after all necessary assessments and repairs were completed. Read More

Baytex Announces 2022 Budget and Updated Five-Year Outlook with Cumulative Free Cash Flow of $2.1 Billion. The 2022 capital program is expected to be equally weighted to the first and second half of the year. Based on the mid-point of our production guidance of 81,500 boe/d, approximately 65% of our production is in Canada with the remaining 35% in the Eagle Ford. Our production mix is forecast to be 83% liquids (43% light oil and condensate, 32% heavy oil and 8% natural gas liquids) and 17% natural gas, based on a 6:1 natural gas-to-oil equivalency. Read More

Accord Financial announced that it closed a $15M facility for an oil and gas services company. Our newest client provides transportation, environmental and related services to the Oil and Gas sector. With operations in Alberta and BC, this company, a leader in its field, needed a solid financing structure to return to pre-pandemic levels and have access to sufficient cash flow to support growth, confident that its financial partner would be able to accompany them along this path. On the heels of significant industry challenges prior to 2020, the Oil and Gas Industry suffered an unprecedented crisis due to Covid-19, with demand disruption and low market prices but is now facing great opportunities due to increased demand and rising prices. Read More

Fugro’s Board of Management has appointed Céline Gerson as Group Director for the Americas region. Céline will join Fugro on 6 December and will take responsibility for the region as from 1 January 2022. Read More

Karlshamnsverket is started to support Poland. Sweden has fired-up the 662-MW Karlshamn oil-fired plant to help meet Poland’s power demand needs on Dec. 6, the country’s grid operator Svenska Kraftnat (SvK) said Dec. 6. Poland is estimated to have a deficit of 1,700 MW. Svenska kraftnät has offered to support Poland with effect if the need arises. Even if Sweden is expected to have a relatively high consumption on Monday, there will be an opportunity to support Poland if nothing unforeseen happens. Read More

PETRONAS has awarded two Front End Engineering Design (FEED) contracts to a JGC Corporation-Samsung Heavy Industries consortium and to SAIPEM Spa as part of an international dual FEED design competition for a nearshore liquefied natural gas (LNG) project in Sabah. The project, with a minimum capacity of 2.0 million tonnes per annum (MTPA) is a first of its kind in Malaysia. The FEED design competition is expected to take place over the course of 10 months with the Final Investment Decision (FID) planned for end of 2022. Read More