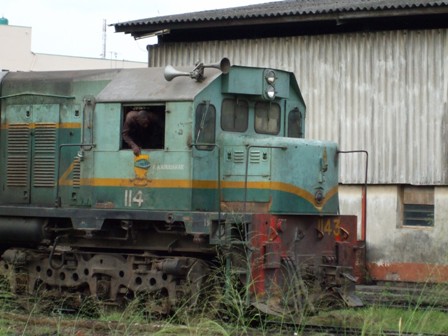 Subsea 7 announces the death of a Director The Board wish to express their gratitude for Allen’s invaluable contribution to the Company and extend their deepest condolences to his family. Mr. Allen Stevens, Non-Executive Director and Senior Independent Director, passed away on 10 January 2021.

Arctic Oil Drilling Plans Suffer ‘Stunning Setback’ of the 22 parcels of land, totaling 1.1 million acres, the government of Alaska was the sole bidder and ended up winning leases on 9 of the 12 parcels that received bids. two were acquired by private companies, and the others that received no interest were withdrawn from this round of auctions.

Sakhalin Energy Set a Record for LNG Production In 2020 Sakhalin Energy produced and shipped a record amount of liquefied natural gas (LNG): 178.6 standard cargo (one standard cargo is equivalent to 65 thousand tonnes) or more than 11.6 million tonnes. This is the best Sakhalin II LNG plant annual performance ever.

National Guard Troops Deploying to DC Will Come With Lethal Weapons Army and Air National Guard members deploying to Washington, D.C. to help guard the capital and stay through the Jan. 20 inauguration will have access to lethal weapons at their commanders’ discretion, Guard commanders said Friday.

Origin Energy has unveiled plans to build a giant 700-megawatt capacity battery at its coal-fired power plant in Eraring, south of Newcastle, in the New South Wales Hunter region. It will be four times bigger than the Tesla battery in South Australia Origin’s executive general manager Greg Jarvis said the battery would support Origin’s transition away from coal-fired power generation by 2032.

Iraq and UAE rise, Nigeria falls Iraq, in the throes of an economic crisis, increased its output, pumping 3.85 million b/d, 50,000 b/d above its quota, as its southern exports climbed sharply. The UAE also continued to push output higher in December, but it was still 20,000 b/d below its quota of 2.59 million b/d. Abu Dhabi National Oil Co. has informed its term customers it will reduce nominations in January for all its four crude grades, with a 20% cut for flagship grade Murban.

Meanwhile, Nigeria posted its highest-ever compliance since the alliance began its output deal in 2017.